Get to Know StuartCo

Your Home. Our Commitment. 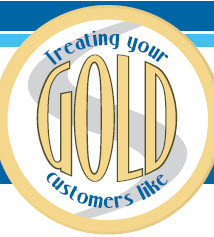 I enthusiastically nominate Mike for Employee of the Month!

I recently spent two full days with him inspecting 143 apartments at Maryland Park. Mike knew the name of every resident with who we came in contact and also their kids’ names, and for every resident he also had something to joke around with them about or ask them about. “Hi Mike!” was said by everyone we passed. He talked to everyone and it was obvious that they all love Mike! Everyone was warm with him, and I could tell that they all appreciate him – again, it was obvious! Mike genuinely treated everyone with respect, and he asked them about specific things he knew they were going through, whether it was related to their health or their kids, etc. Some of the residents who currently reside at Maryland Park have lived there since they were kids and Mike has watched them grow up, as he has been there for 15 years! We went into several apartments where the residents had no furniture. Mike would say to them, “Hey, if you guys are looking for furniture, the lady upstairs is leaving and she doesn’t want to take her sofa — do you want to take a look?” He is so thoughtful, and until now I did not know that Mike has such a huge heart!

He shows genuine concern for the residents who are in need. Also, while we were performing our inspections if he came across any work order he could quickly handle, he did. Or, if a resident mentioned to him that something needed fixing he made a mental note of it, and when we went back to the office he made sure to have a work order written so he could address it as soon as possible. Also, there were a couple of smoke detectors that were broken and couldn’t be repaired on-the-spot, so Mike told those residents he would be back by the end of the day and then made sure that he went back! Mike is conscientious about his work and is proud of the relationships he has with his residents – they are very important to him! Maryland Park can be a difficult property, and Mike is a great representative and a strong example of someone who truly cares about the residents. Thank you from the bottom of my heart, Mike!

In addition, Mike has also been nominated for this year’s MADACS Awards.